All parents want to ensure that their child is safe, and that might lead you to wonder whether you should spy on your kid’s phone. If you know what is going on your kid’s phone, you can learn a lot about their life and make sure that they aren’t in any dangerous situations. Parents need to be especially vigilant of what their children are doing online because there are a lot of dangers out there, and there is a lot of content that is unsuitable for children. While you can monitor them on a computer at home, it’s a lot harder to know what they are up to when using their phone. That’s why software has been developed to help you spy on your child’s phone, and a lot of parents are using spy apps to monitor their kids. 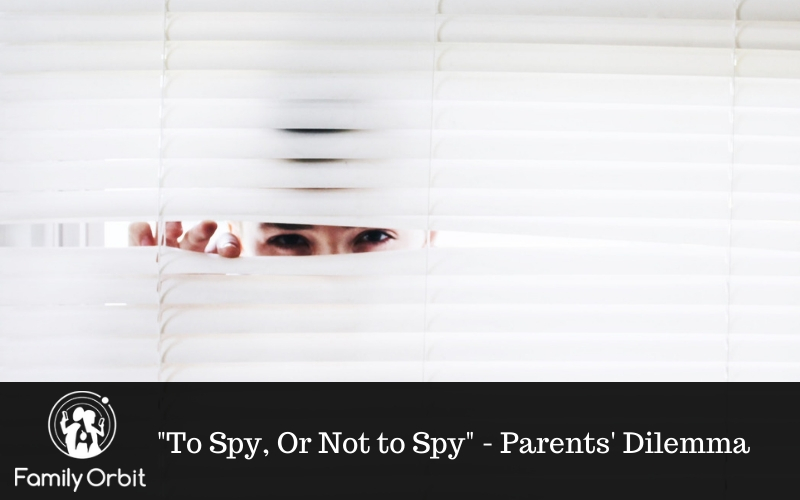 However, there are some downsides to using this kind of software and some parents don’t like to do it. If you are unsure whether you should spy on your kid’s phone or not, read this list of some of the pros and cons.

One of the major benefits of monitoring your child’s phone with a spy app is that you can see their location at all times. This is very important to a lot of parents because they worry about their child’s safety when they are out of the house. If you haven’t heard from them and they have missed curfew, you can check and see whether they are on the way home and just running late, or whether they are in danger somehow.

It also allows you to see whether they are lying about their location. They might say that they are studying at the library or staying late at school, but they could be at a friend’s house instead. That begs the question, why did they lie? Knowing their location can help you to find out if they are being dishonest.

Location monitoring helps you to give your child more independence in some respects. If you had no way of telling where they are going, you may be reluctant to let them go out on their own because you feared for their safety. But if you can track their location, it puts your mind at ease and you can give them more freedom to go out on their own.

Access to dangerous sites is a big problem for kids with phones. You can’t always tell what they are doing on the phone when you aren’t around. That means that young children may be accessing pornographic sites or other content that isn’t suitable for them. They may also be opening themselves up to dangerous sites and being targeted by online predators. But if you are using an app to spy on your kid’s phone and control their access, you can block any sites that they shouldn’t be going on.

Being able to read your child’s text messages can be very important in certain situations. For example, if a child is being targeted by an online predator and they don’t understand the situation, the parents can put a stop to it and contact the police right away. But if the child’s phone were not being monitored, this could easily go undetected.

Tracking messages is also useful in the case of bullying. Cyberbullying is a big problem, but a lot of children will not say anything about it to their parents. However, if you choose to spy on your kid’s phone, you will know if anybody is sending them upsetting messages and you can intervene.

There are a lot of malicious apps that aim to scam the people that install them on their phone. If you use software to spy on your child’s phone, you can monitor what they are downloading and make sure that they don’t fall victim to a scam. This is especially important as the phone is likely to be registered in your name, and malicious apps may be able to access your personal information. Even the scam apps that do not steal your information can still slow the phone down, drain the battery, and display adverts that are hard to remove. This means that your child will not be able to use their phone properly.

Let’s face it, your child is probably more experienced with technology than you are. That means that there is a distinct chance that your child could remove the software that you have installed on their phone. Detecting spyware is not a hard task for tech-savvy kids. In some cases, they may also be able to bypass it somehow, so even though you think that you are able to spy on your child’s phone, you may be getting false information.

If you use software to spy on your child’s phone, it may encourage them to behave dishonestly. For example, they may try to get hold of a second phone that they can use, while still pretending to use the one that you are monitoring, and sending false messages with it. They may also leave the phone with a friend while they go off and do something else because they know that their location is being monitored. If you encourage this dishonest behavior in your children from an early age, it could cause a lot of problems later.

In some cases, using software to spy on your kid’s phone is a good thing and it can help to keep them safe. But it’s important that you consider the downsides when deciding whether you should use this kind of software or not.