As anyone who has a teenage son or daughter will know, it’s hard to separate your child from their phone. They take them everywhere and do everything with them. It’s their lifeline to the world.

Findings show that teens tend to spend more than seven hours a day on their phones! That doesn’t even count work or school! 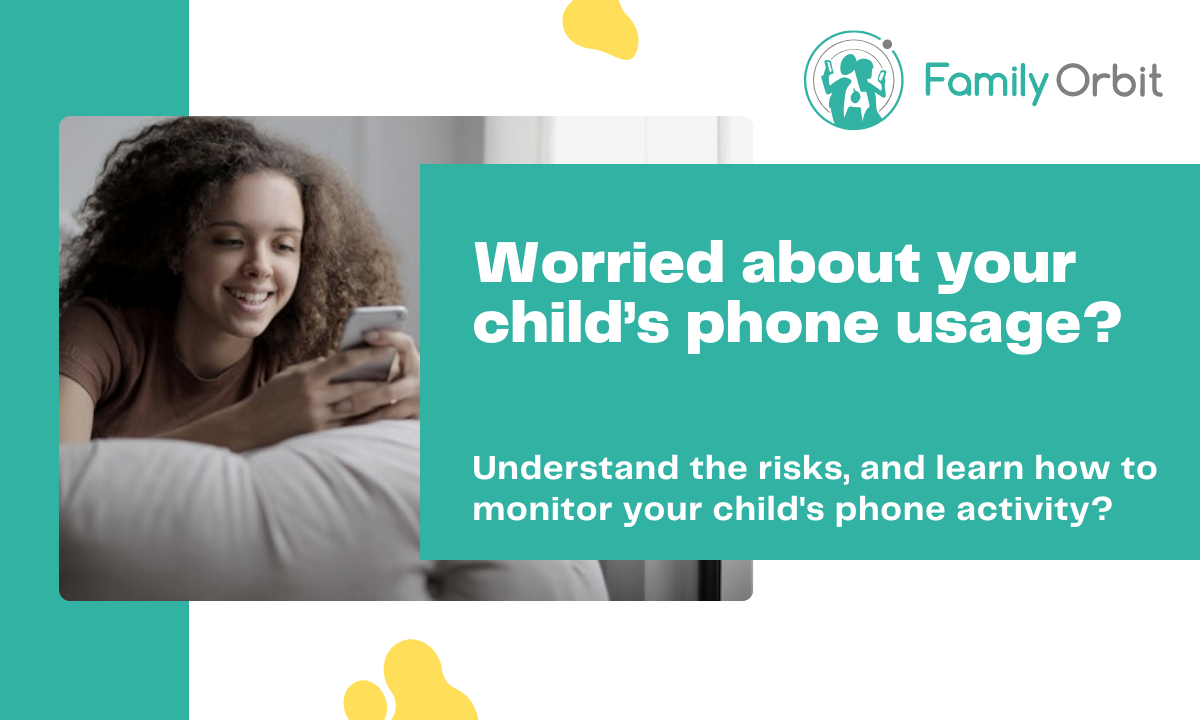 On the one hand, you could argue that seven hours of phone activity is bad enough on its own, but the situation gets worse. With the dangerous world that phones give children access to, it’s seven hours of risk.

If you’re a worried parent, then this one is for you. Understand the risks, and learn what solutions you can put into place.

It might sound a little hyperbolic to describe phones as a hidden danger. After all, we all use one. Every day they’ll be in our pockets, firing off notifications and messages and calls.

There’s one issue in particular with a child having a phone, however. A child is not equipped to disseminate the good information from the bad.

It’s what makes phones so potentially dangerous to children. Not only do they spend an inordinate amount of time staring at the screen, but it’s also a potential avenue for disaster.

From predators to scams to exploitive apps, it’s a world of dangerous exposure waiting for an unsuspecting child. What is the best way to stay on top of it all, though?

Monitoring Phone Activity, Is It Possible?

The dream scenario would be to be able to monitor what your child does with their phone. That sounds like something out of a sci-fi movie, though, right?

It’s perfectly possible. Not only that, it’s easy to make a reality!

That’s right; you can keep track of your child by monitoring their phone activity. It’s not even a particularly difficult thing to set up. This means that even if you’re not that technically proficient, you can still keep your child safe.

The software and technology surrounding this type of surveillance have come on leaps and bounds in the last few years. There are plenty of services that offer a nominal setup fee to help you track your child’s phone.

Why You Should Keep an Eye Open

It can be a big step to take. Certain parents may even find the prospect of monitoring their child’s phone activity to be unfair or overstepping their privacy.

Of course, there are some alternatives to monitoring the phone, teaching healthy phone usage habits, for example. Monitoring isn’t an exercise in tyrannical parenting, though.

There are plenty of reasons that it is beneficial! 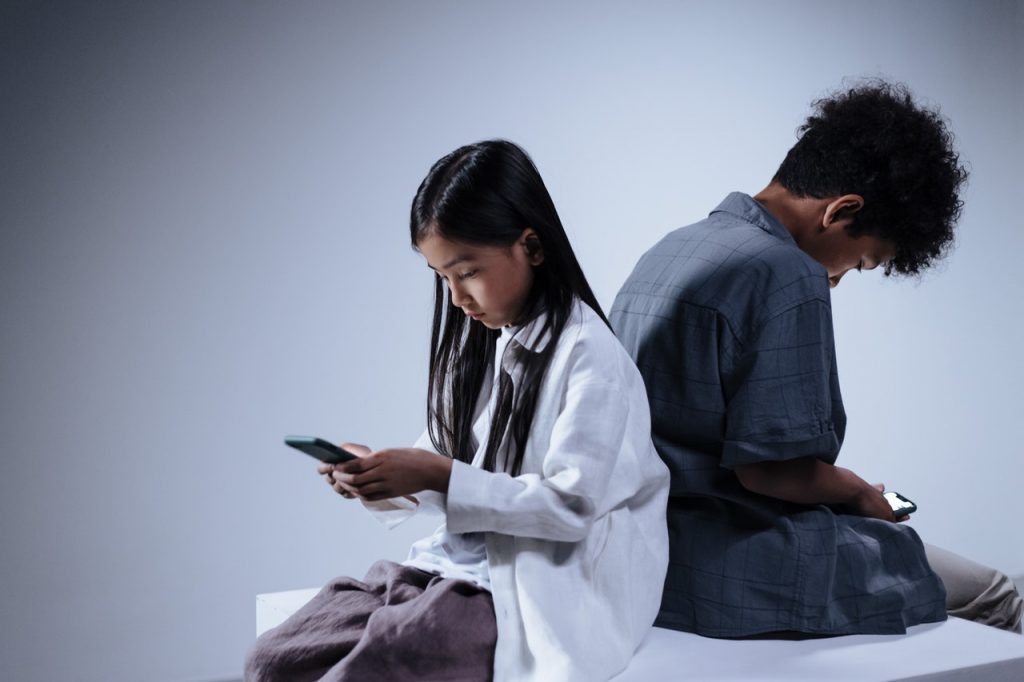 A good thing to remember is that the monitoring can also be useful for their physical safety.

By having access to the monitoring software, there is also often an option to track by GPS. So if your child has gone missing or stayed out past their curfew, you’ll be able to track them down.

That’s the simplest example of how monitoring your child’s phone is not only possible but helpful. There are plenty more, too, if you have extra worries about how the phone is being used.

The use of phone monitoring doesn’t necessarily have to be to “catch” your child in the act of doing something wrong. It’s also an incredibly powerful tool for their awareness.

By studying their activity with the phone, you will be able to engage in a teaching process with the child. That ability to teach them how to make healthy use of a phone will pay dividends.

Look at some of the teaching techniques that you can use once you have a better idea of how your child is using their phone.

There are a whole host of chat applications available now for children to use. Gone are the days when text messages were the only avenue for communication other than actually phoning.

Only looking through your child’s phone for messages means that you’ll most likely be missing something.

You are likely already familiar with some of the more popular chat clients. WhatsApp is a good example on Android phones, but there are also lesser-known apps such as Discord.

Some of those messaging apps aren’t for messaging friends or family only but are also for communities to congregate, communities that could be sharing or peddling harmful material.

By monitoring your child’s phone, you are making sure that you’re well aware of these lesser-known messaging services. It doesn’t mean that they are all bad, of course, but it’s better to be safe than sorry!

Since a phone will go with you everywhere, at all times, it also means that people have a direct line to you. That’s all good and well when it’s friends and family who have access to that line.

What about the issue of unknown callers, however?

Scam calls are becoming more and more prevalent as one example of potential danger. A younger child could fall prey to these types of calls due to a lack of supervision with the phone.

Monitoring the phone calls means that you’ll be able to make sure there are no unwanted callers. It also means you can keep track of exactly who your child is in contact with.

That doesn’t have to be anything nefarious. It could be as harmless as knowing who their friends are to get a better understanding of the peers they are surrounding themselves with.

To add to that particular point, you’ll be able to keep tabs on who is in their address book.

The Dark Corners of The Internet

Having an internet-connected device so immediately available and unsupervised is a recipe for disaster. Ideally, most internet activity will take place under supervision, but you can’t always keep watch.

Monitoring software will not only let you see what your child is currently accessing on the web but a history of their activity. That means you’ll have a full, comprehensive idea of their web browsing habits.

Nothing is as important as keeping your child safe from the sexual or violent imagery that may be lurking on the web. Even something as simple as the Google image search could expose your child to such things, even if they did make it a tiny bit more difficult.

This brings us to the next useful component that can you can monitor. 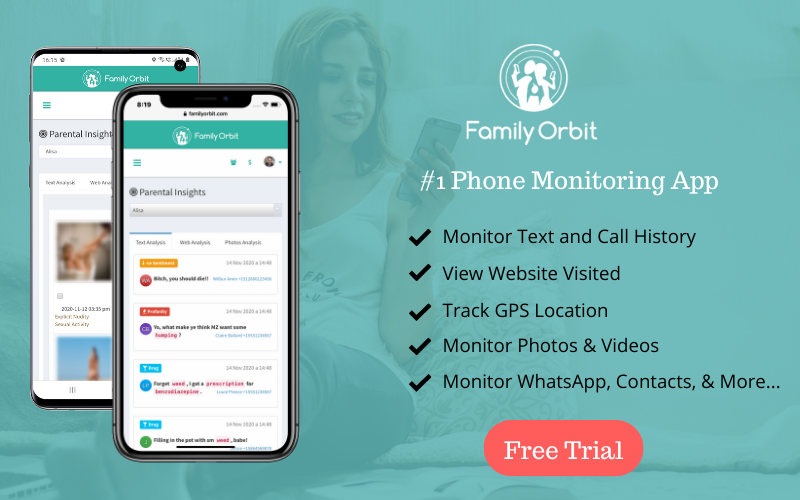 A crafty child might be able to squirrel away worrying or harmful images in the gallery of their phone.

With monitoring software, you’ll be able to peruse the gallery of your child’s phone with ease. You can see what pictures they’ve taken, what images they have downloaded, and when.

It’s an extra layer of security for making sure that they aren’t secretly viewing harmful material.

Also, it offers another avenue to see who their friends are and how they have been spending their time. It’s only possible to glean valuable insights like these through the use of monitoring software.

Whether you are on Android or an iPhone, there is a world of free apps waiting at your fingertips.

It’s even bad enough as an adult, resisting the never-ending parade of distractions on app stores. For a child, it’s even worse.

Monitoring software will let you keep a close watch on all the apps that they are using and installing. Not only is this fantastic for ensuring they don’t view anything harmful, but it’s also a financial lifesaver.

Plenty of apps have expensive microtransactions or fees. By monitoring closely, you’ll be able to make sure that your child isn’t falling into any traps.

We already touched on this one at the beginning of the article. Keep track of exactly where your child is through monitoring the GPS.

That’s the most obvious usage for the feature. It’s incredibly useful, but the use scenario may be rarer. There is one usage that it’s even handier for.

The GPS will record all the locations that your child has been since the monitoring software will track their movements. What this means is that you’ll have a complete map of your child’s whereabouts, including times.

This is especially useful information if you feel like your child has been lying to you about where they have been.

Don’t waste any more time missing out on the wealth of information that could be at your fingertips as a parent.

Not only do they offer a fantastic service that covers the above-mentioned monitoring must-haves, but you also get a multi-device deal. Fantastic if you’ve got more than one child or just want to keep an eye on another device!

If you’re convinced about the merits of keeping an eye on your kids’ phone activity, then you should give Family Orbit a try!