If you’ve been following the news at all, you will no doubt have come across the term “sexting” – a portmanteau word that combines texting and sex. Sexting is, as you might imagine, is the act of texting sexually-charged text, images, or video through an online medium, like the Snapchat app.

Unfortunately, sexting isn’t something confined to the adult world: teens are also doing it, and in large numbers, if you believe the statistics. JAMA Pediatrics, one of the leading child-focused medical journals in the world, studied more than 110,000 teens between the ages of 13 and 19 and found that many of them were willing to admit to sexting. Research suggests that more than one in seven teens are sending “sexts” and that one in four is receiving them, often unsolicited.

Whether this constitutes “normal” behavior or not among teens remains to be seen, but there’s no doubt that sexting has become much easier since the advent of the smartphone. It doesn’t take a genius to work out how to use a smartphone to create home-brewed pornography and send it to somebody in your phonebook.

What has parents most worried about is the danger of Snapchat, a trendy and unique kind of messaging service that differs from run-of-the-mill apps, like WhatsApp or Messenger (by Facebook). Snapchat developers designed the program to automatically delete messages in a person’s inbox or outbox after a set period, making them permanently unrecoverable. A teen using Snapchat, therefore, can send out sexts and rest easy in the knowledge that after a short time interval, the app will automatically delete them forever, eliminating any evidence that they sent them in the first place.

The same holds true of anyone who sends your child a sext: Snapchat will automatically delete the message once both people have viewed the message and left the chat. This makes monitoring what a teen is doing on Snapchat very difficult. Your child could be sending or receiving sexually-charged messages and images, yet you would never find out, as the program deletes them as soon as they are opened. The only evidence you could collect is if you physically take their phone, open their inbox, and view the messages yourself.

The dangers of Snapchat like Sexting isn’t just a child safety issue: it’s also something that parents could get into trouble for too. Police in Montreal, Canada, claimed in January 2018 that sexts were pornographic and would be treated similarly under the law. A person under the age of consent could be prosecuted for distributing illegal child pornography. Likewise, police in the UK recently said that they would prosecute parents of children sending indecent images.

Why Snapchat is Bad for Teens? 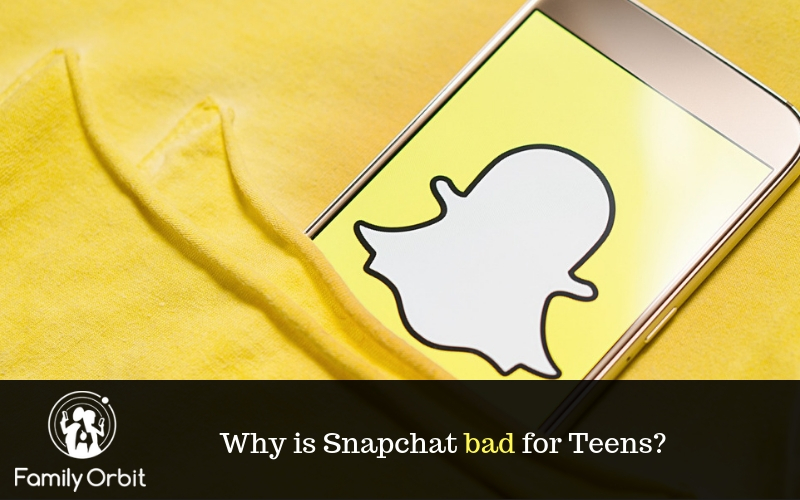 While sexting is the obvious dangerous way in which teens can misuse Snapchat (and other ephemeral messaging apps), it’s not the only form of misuse.

Snapchat, for instance, is a bully’s dream. A bully can log onto the app, send a bunch of spiteful or malicious texts to people they have on their contact list, and then go about their day, safe in the knowledge that the app will delete all incriminating evidence. Harassment is, therefore, harder for parents to detect.

Another danger of Snapchat is the lack of moderation. Snapchat allows teens to add people to their contact list that they don’t know and have never met before. It’s hard to filter these people out, and parents have very little control once a person establishes contact with your teen: they’re free to communicate with them whenever they like, day or night. There was also a settlement with FTC, basically saying Snapchat was lying about photos disappearing.

What Parents Should Do To Prevent the Dangers of Snapchat for Teens?

The first thing that parents need to recognize is that Snapchat isn’t for kids below the age of 13. For users of the service between 13 and 17, parents must agree to the company’s terms of service, which say that you are willing for your child’s personal information to be managed by the firm. The company offers a kid-friendly version of the app for users below the age of 13, which does not allow them to either send or receive images. 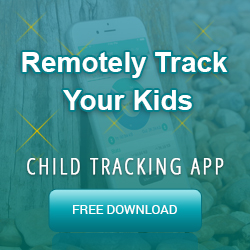 The next thing that parents can do is change the app’s privacy settings. Snapchat allows users to control who sees their posts and who can send them photos. There are two options: either “my friends” or “everyone.” Parents should select “my friends” in both cases, ensuring that random people don’t view your child’s profile or send them inappropriate photos. Of course, your child could voluntarily add someone to their friends list and start sending them sexual images, but in the latter case, they have more control.

Next, parents need to remind their teens that Snapchat isn’t genuinely ephemeral. In other words, just because the app deletes messages and images after a certain period, doesn’t mean that they’re gone for good. The person on the other end of the line can easily take a screenshot and keep the contents indefinitely. Snapchat does not protect against this kind of data collection, and it does not block screenshot functionality provided by device manufacturers.

If you do discover that your child is receiving inappropriate messages that violate Snapchat’s terms of service, then you can report them to the company. Snapchat forbids any sending of sexually suggestive content involving minors, broadcasting of dangerous activities, threats, bullying, or violations of privacy. You can also report illegal material to the police.

Finally, if you suspect that a particular contact on Snapchat is having a negative influence on your teen, you can block them. The way blocking works on Snapchat is smart. The blocked person’s name still appears on your teen’s contact list, but your teen’s details disappear entirely from the offending person’s account. Even if they try to search for your child, they won’t be able to find them.