Texting and driving is a rapidly growing cause of auto accidents. Distracted driving is the biggest cause of incidents on the road, and texting is just one of the ways drivers might find themselves distracted behind the wheel. Just a split second taken to look at a phone while driving could be the difference between life and death. Many teenagers don’t understand the risks they take when they text and drive, or use their phone in any way while driving. Young drivers are likely to take risks while driving, and it could be years before they really understand the importance of driving safely. So how can you stop your teen texting and driving? 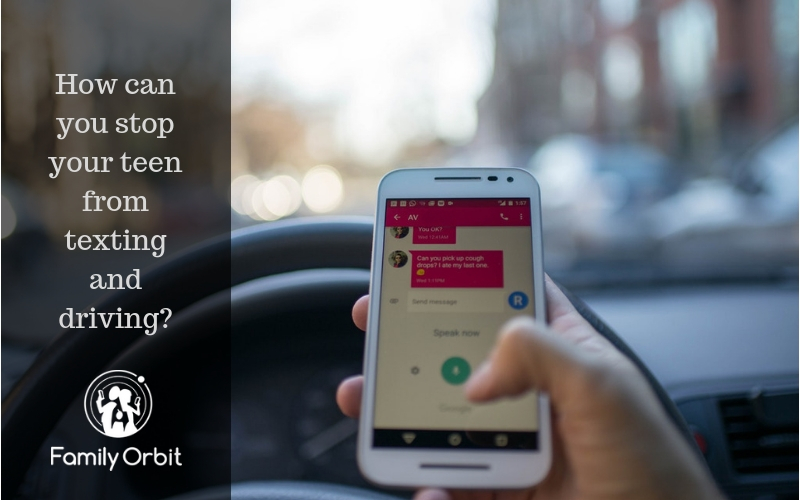 Discuss the Dangers of Texting and Driving

One of the things that can encourage teenagers not to text and drive is for them to face the realities of texting and driving. Many teenagers feel that taking just a few seconds to look at their phone isn’t a big deal, especially if they’re sitting still at traffic lights or when the traffic isn’t moving. It’s not always easy to get them to understand the potential consequences of texting and driving. Even if they do understand that it can lead to an accident, they’re often more willing to take that risk. Some parents might find that statistics and numbers don’t help much.

What could have more impact is to present them with real-world scenarios or even fictional stories that deal with accidents caused by texting and driving. Seeing and hearing people talk about the consequences of texting and driving, and how it has affected them personally, can show your teen the reality of what could happen. The idea of scaring your teenager into changing their behavior might not immediately appeal to you, but appealing to their emotions can be one of the most effective ways to get through to them.

If you expect your teenager to put their phone away while they’re driving, don’t be a hypocrite. Why should they avoid texting and driving if you can’t do the same? When you’re behind the wheel, it’s best if you restrict your access to your phone completely. Even though it’s supposedly safer to use a hands-free set to make phone calls, research has shown that it could be just as distracting as using your phone without it. Make sure you know the law and develop your own methods for avoiding the temptation of your phone, even if it means turning it off.

Install an App on Their Phone

You could consider installing an app on your teen’s phone, which can help to prevent them texting and driving. Apps such as DriveMode from AT&T allow you to shut off incoming texts on a phone when the car reaches a certain speed. It uses information from the car’s GPS to determine how fast it’s going. Some apps send an automated outgoing text to let people know that the owner of the phone is driving and will get back to them later. Some phones also have built-in features, such as iPhones with iOS 11 or higher, which have a Do Not Disturb feature.

What are the consequences if you catch your teen texting while driving? If they continue to text and drive and manage to get away with it, without causing an accident, there may be nothing to discourage them from stopping. However, if you set rules and strong consequences for if they’re caught texting and driving, it can discourage them from doing so. But how do you know they’re texting and driving without catching them in the act? Using the Family Orbit Call and Message Tracker, you can see if they send texts at times when you know they are driving. Of course, it’s also important to watch out for not just when they are sending messages via text or messaging apps, but also when they might be reading them.

There are several things that you might do if you catch your teen texting and driving. You could take away their phone or perhaps restrict their driving privileges. While a strict talk to reinforce the rules might seem like it would help, real-world consequences can be more effective.

Don’t Text Them While They’re Driving

If you know that your teen is currently behind the wheel, it might not be the best time to send a text. The smart thing to do in this situation would be to wait until you know they have parked and possibly even got out of their car. Almost anything you could want to tell them or ask them can wait at least a few more minutes. Try to time your text messages for times when you know they’re not in the car. Using a GPS tracker app like Family Orbit, helps you to know where they are so that you can be more careful about your communications. 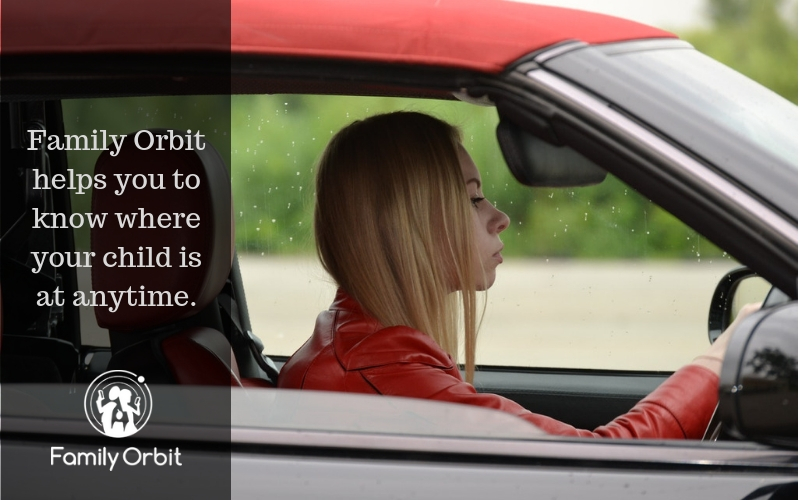 Team Up with Other Parents

It can be difficult for teens to change their behavior if they’re deviating from the way their friends behave. “My friend’s parents don’t make them do that” is an age-old argument that almost every child will pull out at some point in their life. But if you can get the parents of your teen’s friends onboard, you might be able to use a strength in numbers approach. If you’re all strict about discouraging texting and driving, your teens won’t feel so much as if they’re being singled out.

Put the Rules in the Car

If your teenager needs a reminder not to text and drive every time they get behind the wheel, give it to them. Put something on the dashboard or somewhere visible (as long as it doesn’t obscure the driver’s view) that reminds them not to text while driving and perhaps lists other driving rules too. Sometimes, you reach for your phone automatically, without really thinking about it. Having a reminder not to do it can prevent this from happening.

Talk about the dangers of texting and driving with your child to help keep them and others safer on the road.