The internet is a wonderful place for kids to express themselves, make new friends, and learn countless new and interesting things. However, with that incredible level of freedom comes to some caveats. While many parents are hopeful that their kids will learn positive things that help develop them into bright young adults, there’s always the possibility that they find themselves on a negative part of the internet. They could be exposed to very depressing themes and subjects, they run into adult materials and they might even be at risk of being stalked by predators. 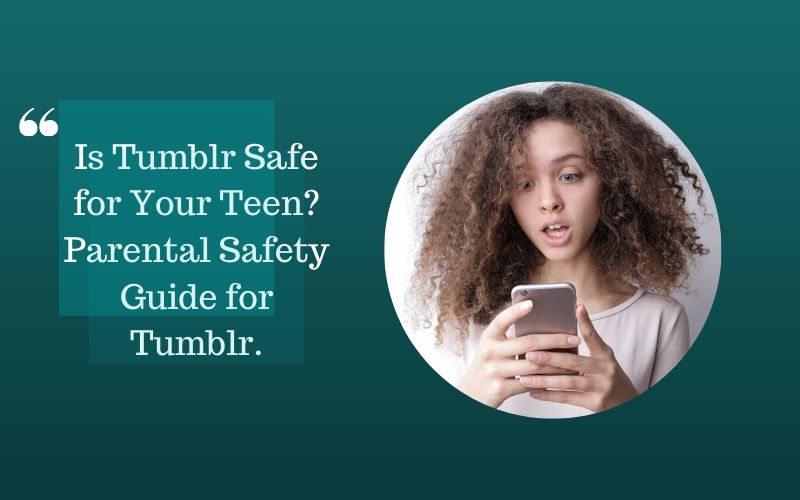 However, much of this can be mitigated by joining the right platforms and communities. Tumblr, for instance, is one of the more popular places for a child to express themselves since they can communicate about their interests with other like-minded children. Whether it’s drawing, making music, or discussing their favorite shows, there are plenty of positive effects of social media that can help your child thrive and discover new interests.

Unfortunately, Tumblr can also be a very dangerous place due to the presence of predators. However, this shouldn’t deter you from allowing your child to explore the wonderful content on Tumblr. This is because there are plenty of ways for you as a parent to protect your child and ensure that they are well-defended against any potential dangers and threats. So in this post, we’ll be taking a deeper look at Tumblr, how safe it really is, and what you can do to keep your child safe.

To start, let’s explain what Tumblr is.

Tumblr is an online social platform that is very similar to Twitter and Facebook. However, it’s generally more geared towards sharing things such as snippets of text, photographs, images, drawings, links, music, and videos. It’s often seen as a very inspiring and creative place for children because they’re allowed to explore their interests with other like-minded individuals. This means they can make friends, learn more about their hobbies, develop new interests, and ultimately express themselves in a more meaningful way with complete freedom. They also have the opportunity to write and express themselves through words with microblogs.

Is Tumblr Safe for Kids?

Tumblr currently has a much younger demographic in comparison to other social networks. However, it does require your child to be at least thirteen years of age, or else they will be denied access to the service.

When your kids are on Tumblr, they’ll generally be exposed to other kids around their age, but Tumblr doesn’t restrict access to adults over a certain age. Someone could claim they’re much younger than they really are, and this can lead to some questionable encounters that are understandably a concern for parents. In addition, your teen might decide to share different bits of information about themselves and could accidentally reveal where they live with other people.

Since interaction and communication is a major component of Tumblr, it’s understandable that parents might be worried about their child’s safety. Thankfully, it is possible to block certain users (or block specific web pages in Chrome) that you think is bad news for your child and you can set your child’s profile to private, meaning no one can see their personal information.

We understand that parents may find that Tumblr isn’t safe for children because they could be speaking to anyone. However, there are plenty of benefits to using Tumblr and as long as you’re vigilant in protecting your child online, Tumblr is a wonderful digital playground for them to play in and learn from.

Here are a couple of safety tips that we think every parent should know before they help their child set up a Tumblr account and page.

It’s a good idea to get to grips with Tumblr and how it works before allowing your child to have their own account. We also suggest making an account with your child so that you can keep an eye on what they’re doing. However, there is a more elegant approach you can use to monitor your child’s activity on Tumblr.

Family Orbit is a powerful parental control app that can monitor your child’s phone usage. This includes having full access to your child’s web activity, meaning you can see what type of pages they’re browsing on Tumblr, the type of people they’re interacting with, and also how their interests are changing. This allows you to step in if you see something questionable that you want to confront your child about.

The internet is a wonderful place that is full of knowledge, but it also happens to be one of the most dangerous places for a child to be in. Thankfully, there are plenty of ways to ensure that your child isn’t exposed to the negativity and questionable things that litter the internet. With the right safety measures in place, you can get all of the positive benefits from the internet while drastically reducing the risk that your child learns about something that isn’t suitable for their age.